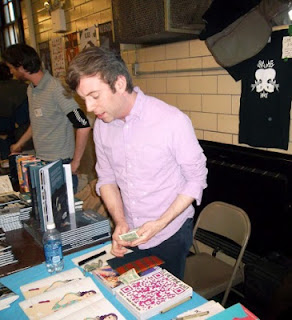 You have both edited and printed comics and zines before, independent of a publishing house, what made you want to transition to becoming a formal publisher?

I've been making zines the past seven years, and the scope and size of my projects has been changing recently -- from self-published anthologies full of contributors and crazy ideas to monographs and longer releases with a special attention to their printing and production. I'm still planning to continue on that trajectory with the same editorial impulses.

One problem with doing lots of random projects under disparate names is that it becomes hard for folks who like your work to find you or keep track of it all. A main goal for becoming a "formal publisher" is to simply have all these editing/translating/publishing projects under one name, and actually accumulate whatever goodwill or reputation they garner. The general theme for the first year is to do less projects better, by investing a lot of time in the individual creators we publish, as well as in the website and retailer relationships. 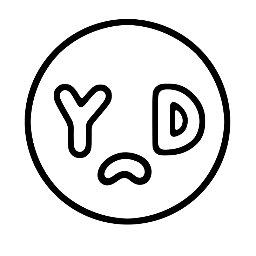 What do you hope to accomplish through Youth in Decline? Is there something that you see lacking in comics that you want to fill?

It's a pretty amazing time for comics and art, and there are many fantastic small publishers that I admire and am excited to call peers. My goals for Youth in Decline are to continue to create opportunities for the artists and writers I'm excited about, to tell their stories, to experiment with production and format, and to directly and aggressively compensate artists for their work.

There is a lot of challenging independent work happening now (and much of it outside North America, and on Tumblr) and I'm hoping my weird curiosity and tastes combined with the connections I have made in various scenes like science fiction, European comics, and indie Manga will make for an exciting slate of releases over the next few years. 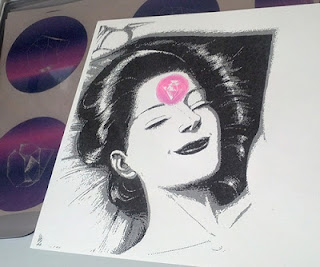 Youth in Decline is an interesting name for a publisher, I can see it reading a couple of different ways, does it have any greater meaning to you or is it just a cool name?

The best and worst part about undertaking a new venture is coming up with the name!  I have a GoogleDoc full of SO MANY embarrassing ideas I kicked around with friends... puns, non-English words, and some awful ideas that sound like a twee britpop band or the name of a weird hipster barber shop.

The name is mostly just something I think sounds nice, but I did turn 30 in the past year, so perhaps it has a special meaning to me. Really simply, I like that it reminds me of a punk fanzine or Japanese New Wave film title, and that it doesn't have the word "Books" or "Press" in the name. 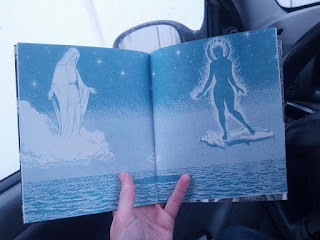 You have been a big proponent of paying artists for their work, has this idea held through to Youth In Decline or did you shift to a royalty or pay-via-free-books system. Also has your views shifted at all, now that you’re a publisher, about the current models for paying/not paying artists in comics?

The challenging and fun part of becoming a "real" publisher is that it both gives me stronger footing from which to push for fair creator compensation and also forces me to put my money where my mouth is, in a really real way.  I've been paying some form of compensation to creators since 'Electric Ant' #2, but I'm excited to continue experimenting in consultation with creators on page rates and royalties, and other ways to get to fair compensation.

The hardest part of publishing, and this is obvious Publisher 101 stuff to anyone that's done it, is anticipating the possible sales of a book. From that stems everything on the budget -- the unit cost of printing the books, how much you can compensate the creator, prices for wholesalers and retailers. I'm assuming I'll make some major miscalculations along the way, but hope to learn quickly how to budget and forecast in a way that previous projects had not forced upon me yet. 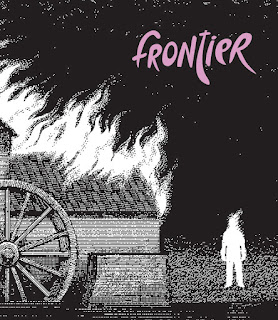 In your and Michael DeForge’s anthology 'Thickness', each artist had between ten and twenty pages to work with, a noticeable increase from the traditional eight page entries in most anthologies, with 'Frontier' you’re now giving the entire issue over to a single contributor. What lead you to this format?

My tastes have been moving this way for a while -- as much as I love many anthology-style books and zines, I think the total impact you can have from a 1-page / 1-artist book has a ceiling on it. I'm not excited about the possibilities that much (after doing quite a few of those zines myself) and am more interested in the "monograph" approach that folks like SSE Project in South Korea and the 'Solo' series from DC Comics played with in the past.

It also makes it easier to pay closer to a fair rate when you're working with a single creator. I'm extremely excited to collaborate directly with a single artists on a holistic way and design the entire book together as one thematic object. 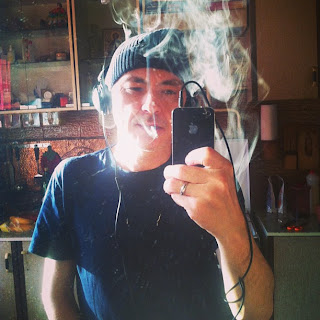 Uno Moralez has a very specific style and tone, what made you choose him as your debut contributor to 'Frontier'?

I've been obsessed with Uno Moralez's work for a few years now, and he's been at the top of my list of folks I've been dying to publish for a long time. If you've seen his work before online you know how shockingly fresh, mysterious, and 100% contemporary it is -- there's no one quite like him, and his work appeals to all types of comics, art, and video game fans. The impact of sitting with 32 pages of his work all at once is jarring and extremely exciting to me as a publisher.

Like with when Michael and I licensed and published a Gengoroh Tagame story in 'Thickness' #3, I simply don't think the language barriers between the various indie scenes are legitimate walls to keep us from enjoying and reading these works. I have my friend Roman Muradov to thank for facilitating all communication in Russian, so that the process of designing the issue would be dynamic and painless for me and Uno.

How was your experience translating Uno Moralez’s work to print? You mentioned on your site that the printing and look of each issue of 'Frontier' will change to suite the artist involved, which makes Moralez seem like an ambitious first choice.

It was definitely a purposeful choice, a bit of a shot across the bow to stake out new territory for Youth in Decline, and to challenge myself on the layout, printing, and production side of things. Uno's work is a bit of a phantom in the Internet - showing up in strange places and without attribution on Tumblr and Twitter. I had the pleasure of printing a short comic of his in Jonny Negron and Jesse Balmer's 'Chamelon' #2, and his work translated extremely well to the smudgy, ditto printing that the Risograph creates.

I think the collected work in 'Frontier' #1 plays really well in the printed form, shifting from large full-bleed spreads to frame-by-frame GIF pages, as well as two longer-form narrative comics. In addition to the book, Youth in Decline is also publishing a limited-edition set of "animated prints" using lenticular printing - that type of thing you'd see on some schlocky DVD covers or in 70's pinup postcards, where the image shifts as you move it from left to right.  It presents a really creepy and beautiful way to bring GIF art into the physical world, and I'm extremely excited for folks to see those together with the monograph zine. 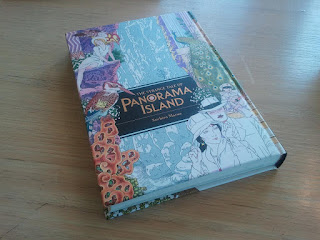 In addition to debuting 'Frontier' #1 at TCAF, you’re also going to have advance copies of Suehiro Maruo’s 'The Strange Tale of Panorama Island' which you translated, you’ve worked on scanlations of his work before, what do you see in Maruo’s work that keeps you coming back to it?

It's a happy coincidence that the debut of 'The Strange Tale of Panorama Island' is lining up with TCAF -- it really feels like my formal debut into the high society of comics!  It's extremely gratifying to see just how lush and nicely the book came out -- it's a 270 page hardcover over-sized book, with gold foil printing on the cover. Suehiro Mauro has been a favorite of mine since I first encountered his work in Comics Underground Japan back in the 90's, and I'm happy to been able to work with Last Gasp and Evan Hayden, who handled all the lettering and book design. It's nice to be part of the team to get him back in print for English audiences for the first time in nearly 15 years.

The book is a bit of a departure from some of the more shocking short stories that have circulated in the scanlation scenes for years. Panorama Island is an adaptation of a noir-ish detective fiction novella by Edogawa Rampo from the early 20th century; the grotesque and beautiful style of that era is a perfect match for Mauro's artwork. It's one of the most beautiful comics I've ever seen, and I can't wait for folks to dig into it. I'll have a few dozen advance copies at the Youth in Decline booth at TCAF, and it will be available from Last Gasp in the coming week or so.

You can purchase 'Frontier' #1 here

Posted by malpractice at 8:42 AM